We took a weekend trip to Montreal this past weekend to celebrate Andrew’s birthday a week early. He had been there before, but I had only visited for a few hours over 10 years ago, so it was all very new to me. I absolutely loved it! It felt just like being in Europe, but we drove there in under 7 hours. As usual, I wanted to taste everything. We lucked out because literally the night before we left, we had played at a concert with fellow New England Conservatory graduates. We were chatting with the flutist, Michel, and found out that he was from Montreal and just happened to have a list of recommendations for people visiting the city, which he was able to email us just before his phone died. ?!?! Some of the things he recommended were already on our list, but we added a few new items as well.

We knew that we had to have poutine in Montreal. (That’s french fries with gravy and cheese curds, if you didn’t know!) When we asked Michel about the best spot to try the local specialty, he said he couldn’t really recommend anything since he’s not a huge poutine fan. “Well, there is one place. . . . Do you like foie gras?” Yes! He sent us to Au Pied de Cochon (with means the pig’s foot) and we LOVED it. We were able to grab a spot at the bar without a reservation, and everything we tasted was incredible. We started with warm, crispy-crust bread:

The generous slices of foie gras on the poutine were perfect. I’ve never had so much foie gras at one time before!

The Duck in a Can (which was duck, Savoy cabbage, more foie gras, bacon, and celeriac puree) was actually cooked inside a sealed can. Our server brought the can to us and opened it with a can opener before emptying it onto our plate over a bit of toasted baguette. So fun, and so delicious!

I had heard all about Montreal bagels and how they are their own genre of bagel, distinct from the New York variety, but equally valid as bagels. We tried the sesame at Fairmount and were not disappointed. Chewy and slightly sweet, they are a little smaller than most New York bagels. We stood under the establishment’s awning to keep out of the cold rain while devouring ours and wishing we had ordered more than one each!

After breakfast we made our way through the rain and over to the Musée d’art contemporain de Montréal, where we saw the Françoise Sullivan exhibition. She was a visual artist and dancer born in 1923 who shares my last name and looks like she could have been related to me! In this photo she is my twin: 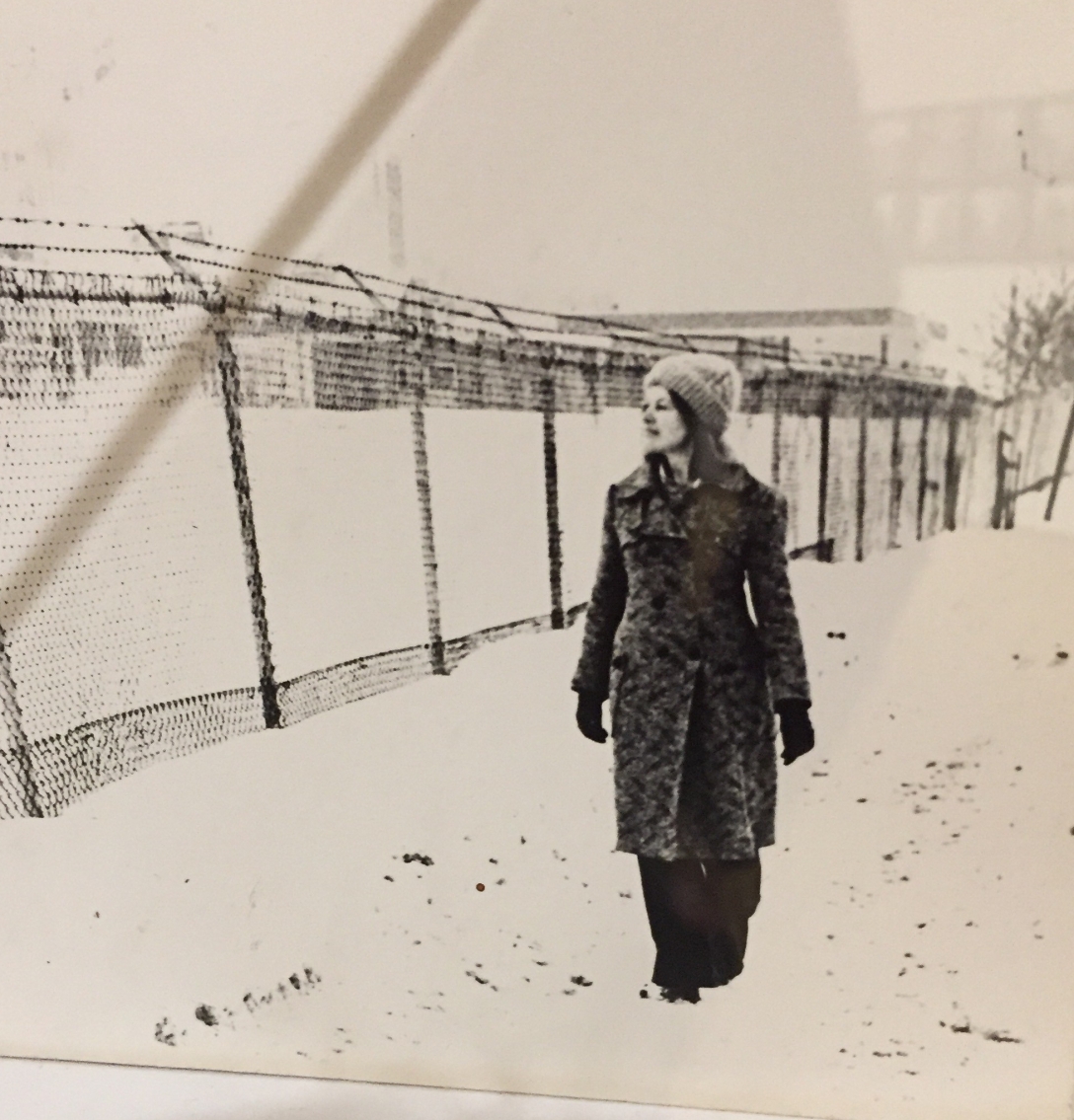 We saw and loved Julian Rosefeldt’s Manifesto, a sort-of film installation work with Cate Blanchett playing 12 different characters reciting artist manifestos in genres ranging from minimalism to Pop Art. It was SO COOL. All of the 12 films were played at once on 12 screens, and at moments the voices would sync up in different pitches, creating a sort of chanting sound wall.

We had a late lunch at Schwartz’s Deli, which is sort of like the Montreal version of New York’s Katz’s Delicatessen.

It rained almost all day, so we made our way over to Jean Talon market to visit the mostly indoor food and provisions stalls. We lucked out and got to try some maple pie! It was SO sweet.

I should have bought an enormous purple cabbage or romanesco. Aren’t they beautiful?

Near Jean Talon market is natural wine bar Mon Lapin, another venture by the famous Joe Beef fellows. We tried some incredible wines and had a snack: cabbage confited in bone marrow with sea beans and trout roe. Whoa!

We had had enough of being out on the town at that point, so we went back to our rental apartment to rest and then got some takeout Indian food!

The next day we had  a hearty brunch at Bar George, which is located in the most beautiful historic home. I was completely inspired by the architecture and the decor. And the food was great!

After a quick stop at the Atwater Market for souvenirs (a can of maple syrup, spicy peanut butter, and a confited turkey leg, which we smuggled across the border!) it was time to head back to Brooklyn. What a wonderful experience we had in Montreal. I can’t wait to go back!