Eating and Drinking in Porto (Part I)

WOW. I had a feeling I would love Porto, and I was RIGHT! What a beautiful city, and the food was REALLY tasty. And of course the port. That was tasty too. We arrived at our Air BnB, which looked like this:

!!!!! And soon went out to pick up a few snacks and provisions for the week: 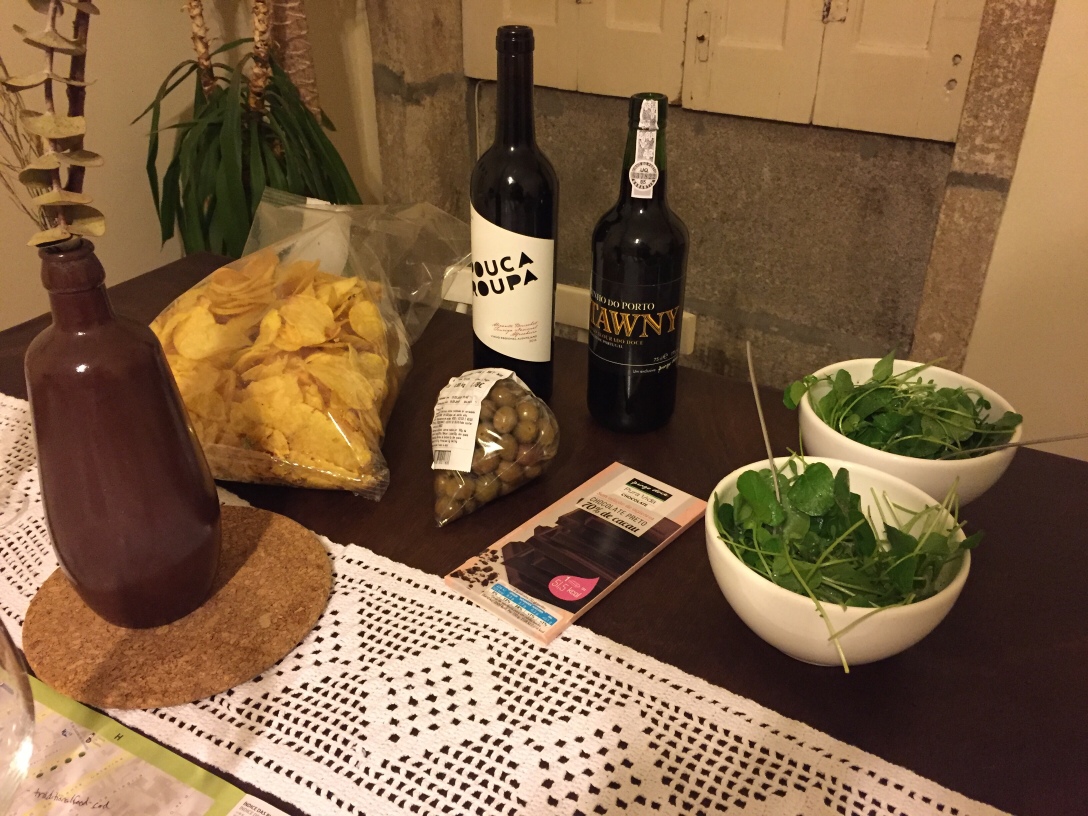 We went out for what was supposed to be an appetizer at Tascö, but the “traditional cod wonder” that we ordered for 4 euros was enormous and ended up being our meal! It was as good as it looks! 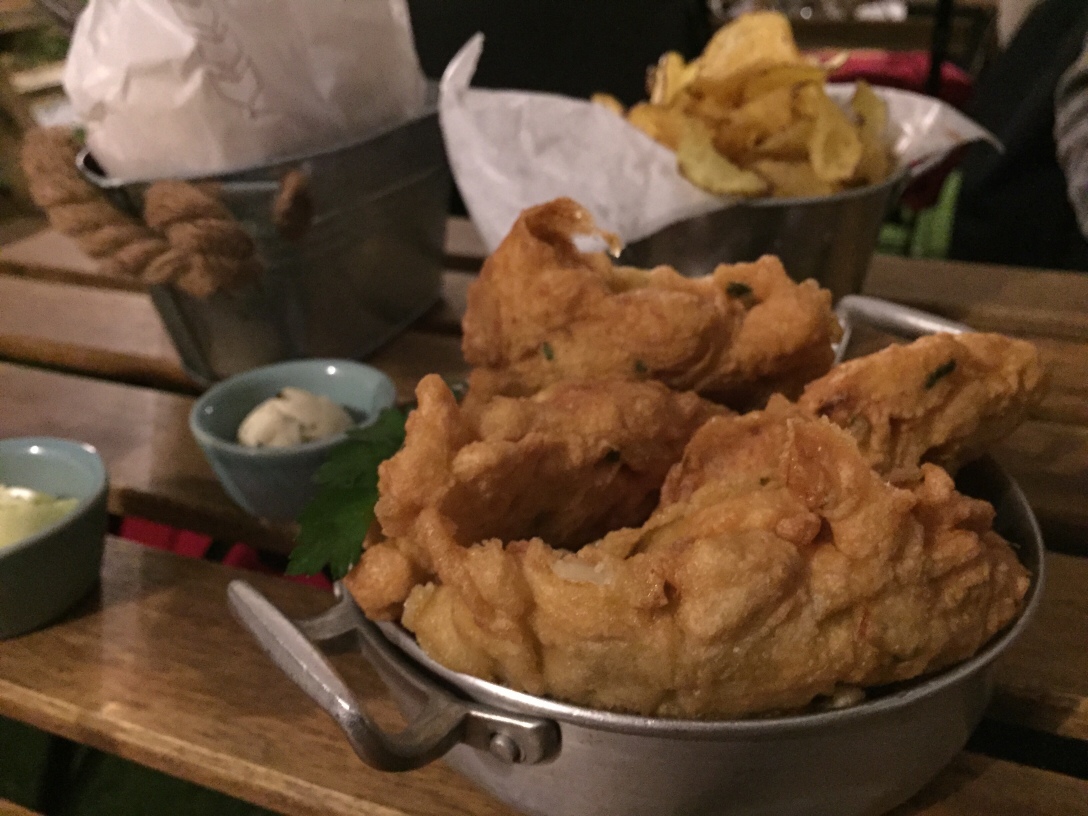 The next day we had some unexpected sunshine, so we spent the whole day walking around and exploring the city. I loved the tiles in Lisbon, but it turns out that Porto is EVEN MORE COVERED IN TILES. Places like this church pop up around every corner: 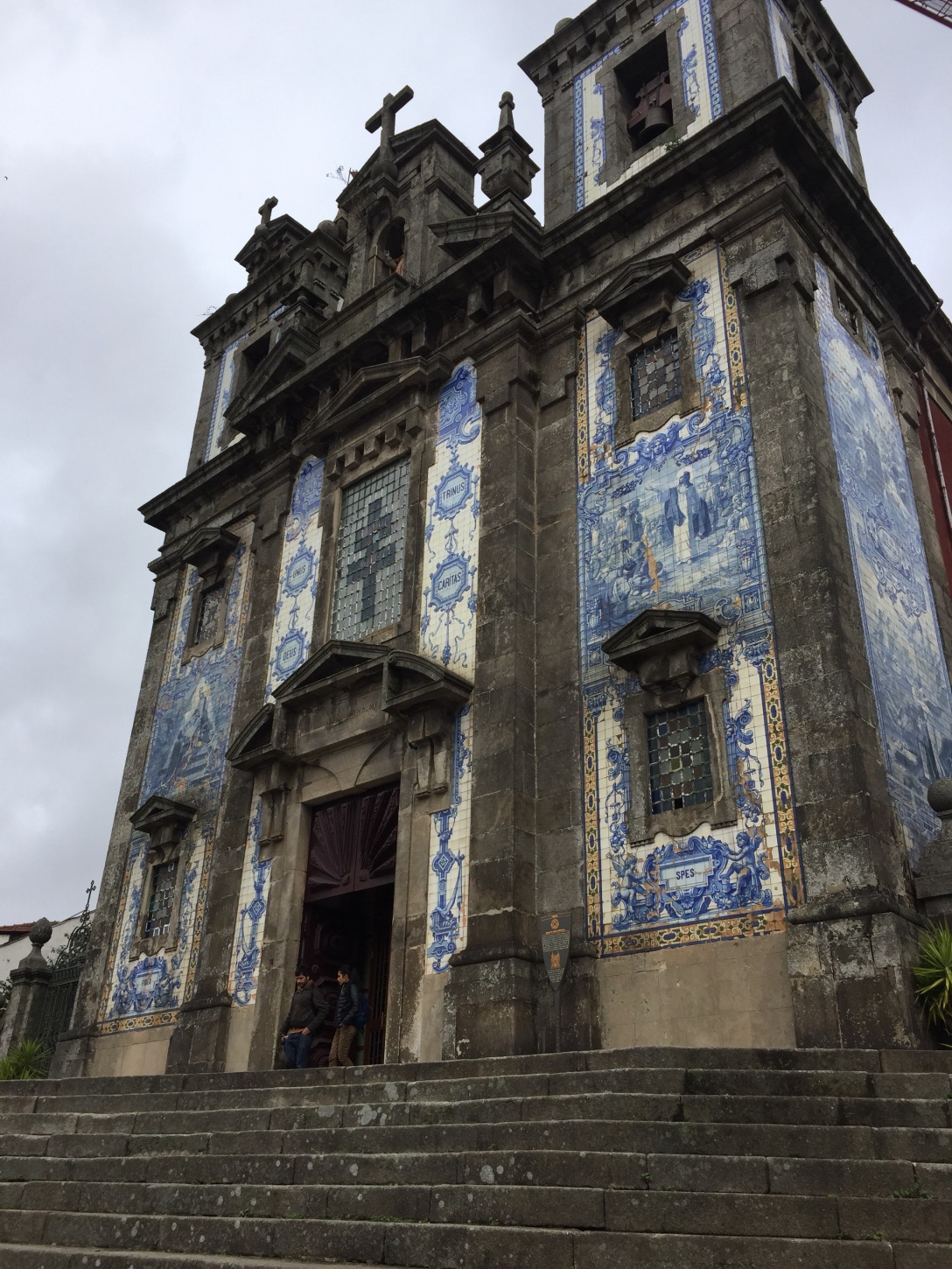 We had a breakfast bolo de Berlim at Confeitaria Serranna, as recommended by my go-to 36 Hours article from the NY Times (this was basically an enormous custard-filled donut. We loved it.). 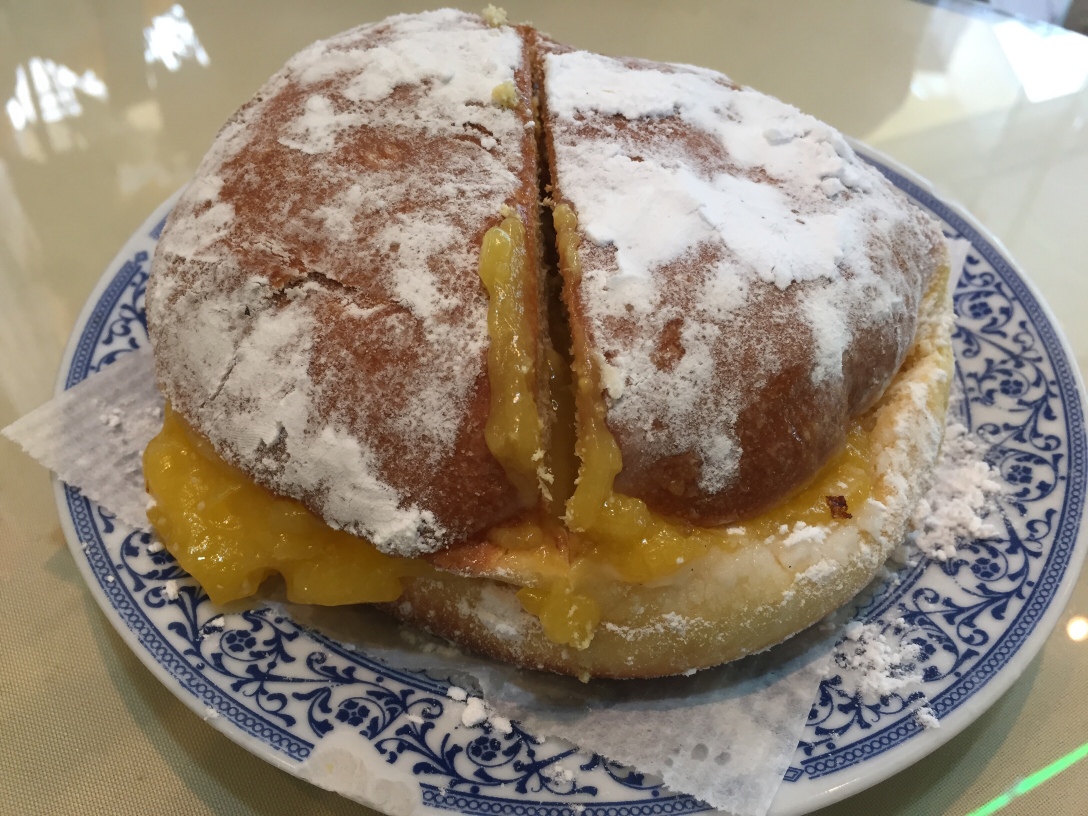 Next we made our way over to the Botanical Garden of Porto. Whoa, it was full of peacocks! 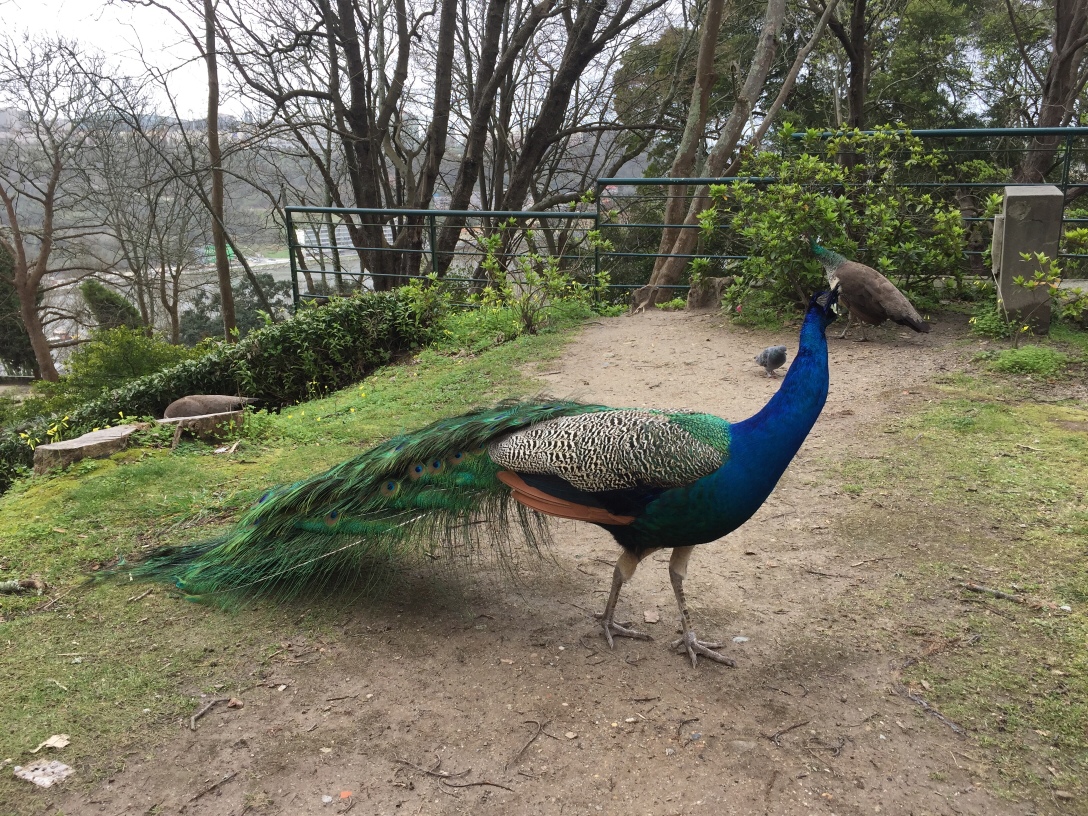 Plus there was a great view!

Lunch was at NY Times-recommended Cervasaria Brasõa, where we tried the fried onion with black garlic mayo, the stewed chicken gizzards, and the alheira sausage, which is a traditional sausage made of chicken and bread crumbs created by Jews during the Inquisition so that they could fake having converted to Christianity by eating sausage (always made with pork). The food was pretty good, although we honestly enjoyed some of the cheaper places a lot more. 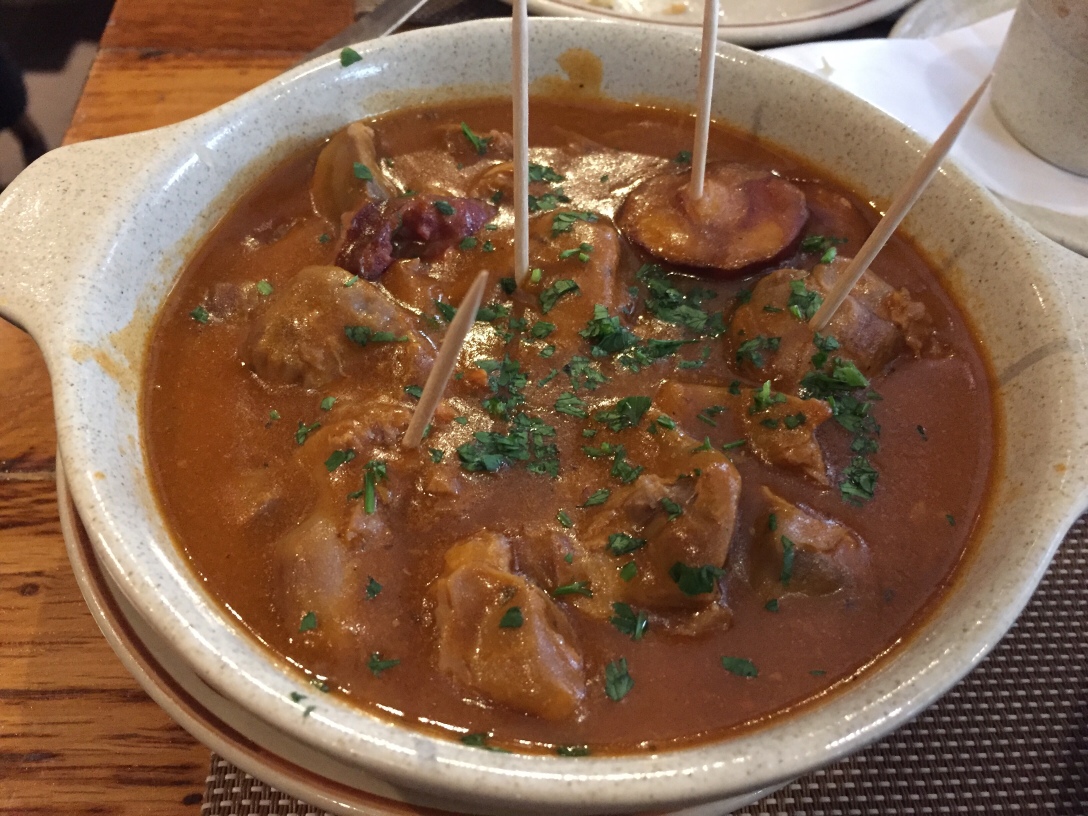 Just a quick walk across the bridge took us over to Villa Nova de Gaia, where most of the port houses are located. The walk was so pretty!

We visited Taylor’s and took a tour. Andrew was pretty excited to walk among the port barrels:

Look who was there to greet us after we finished the tour!

And this guy was also there:

We got to taste two ports at the end of our tour. Yum! 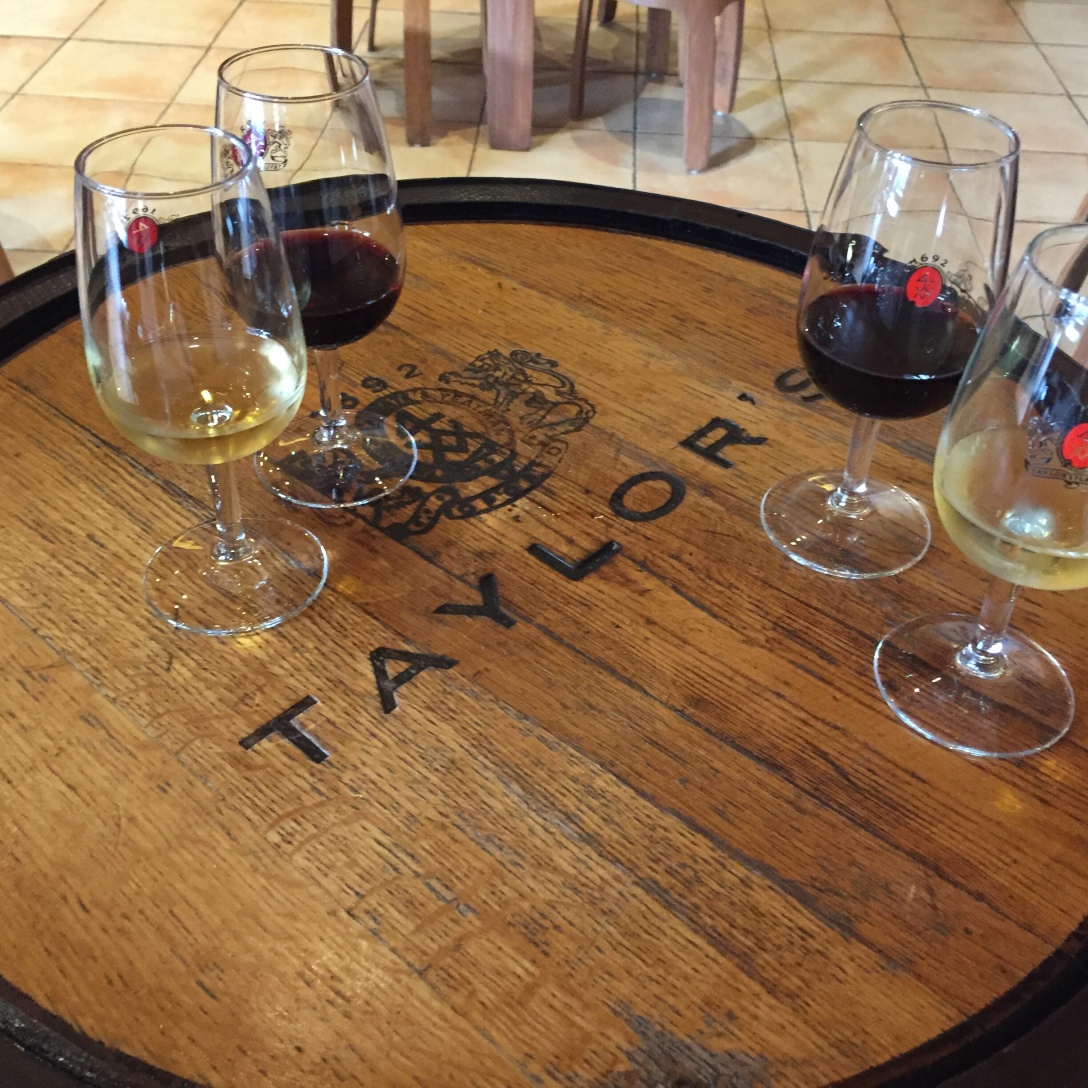 After that, we got gelato at Cremosi (also recommended in the NY Times 36 Hours article!). It was great! On the left is a port wine scoop over chocolate, and on the right is port wine over goat cheese. All flavors were verrrrrry tasty!

For dinner we did a cheese tasting–luckily we were staying right above Queijaria Amaral:

We tried a few different cheeses, all delicious, and picked up some local craft beers (also delicious!) to try as well: 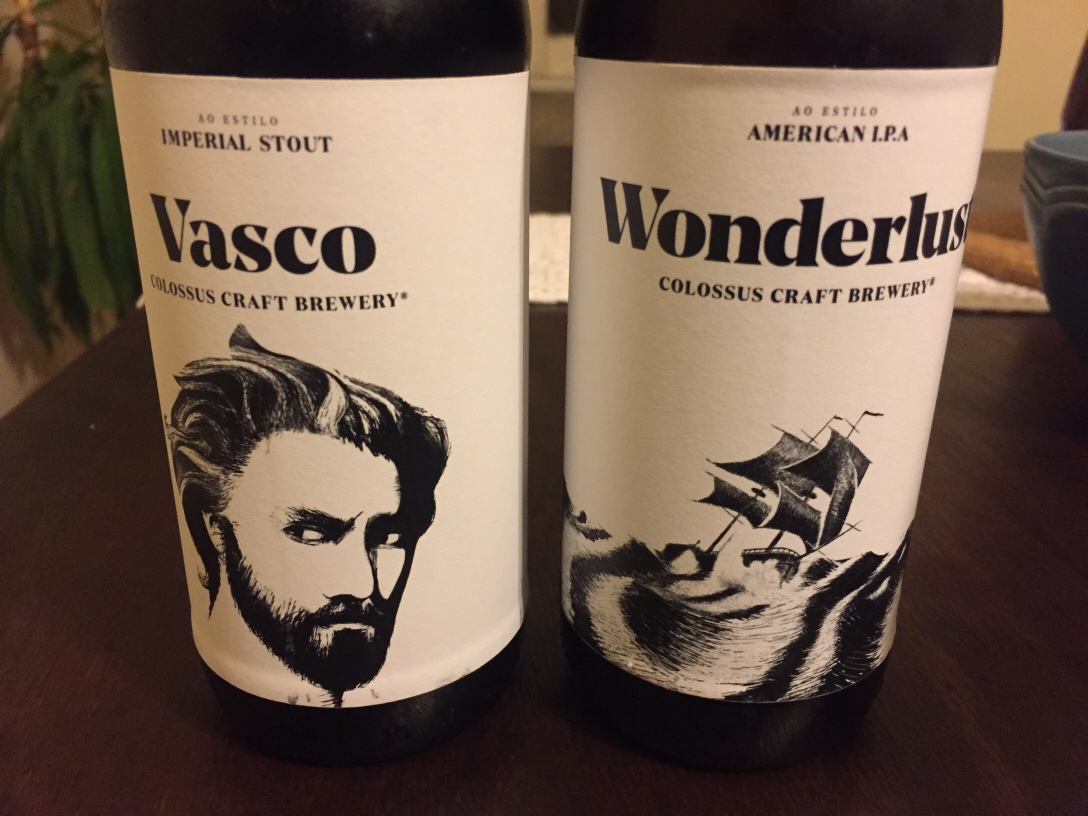 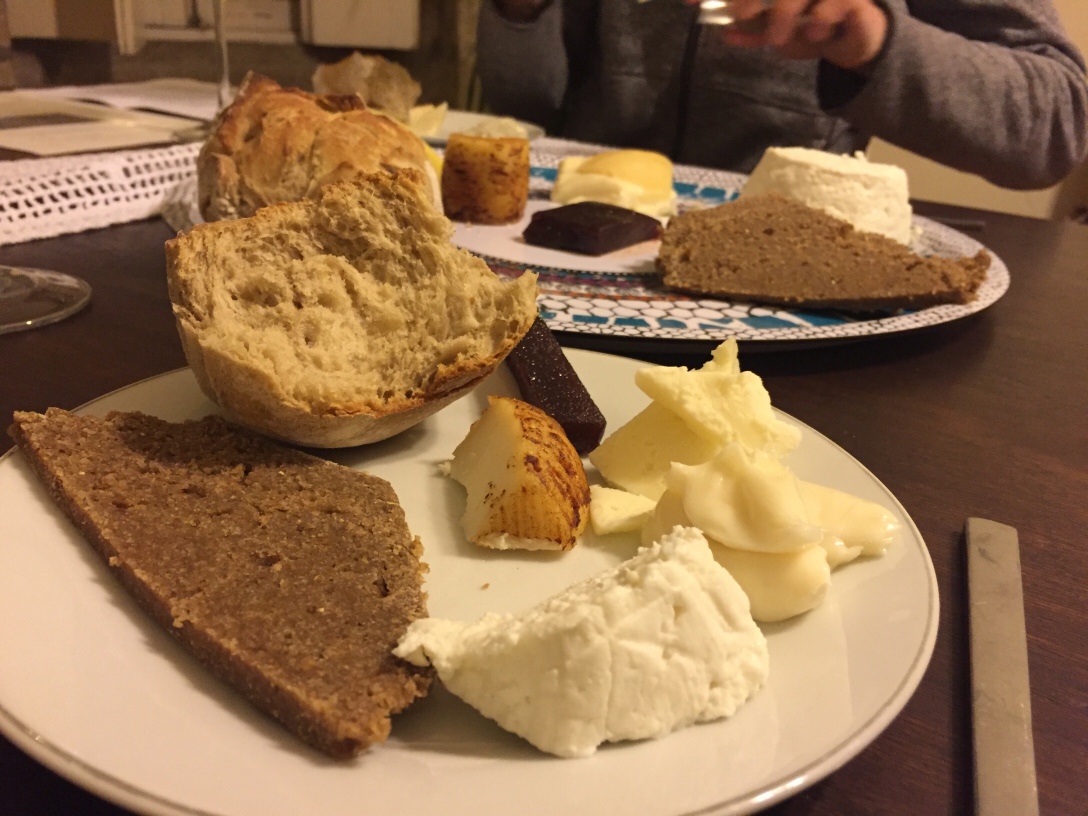 We went out later for a walk. Isn’t Porto beautiful at night?

And a little wine tasting at the Wine Box:

The next day we went out in the morning only to get caught in an epic downpour that left us completely soaked. We ran for cover into the nearest bakery we could find and warmed up with bolos de arroz, hot cocoa, and coffee: 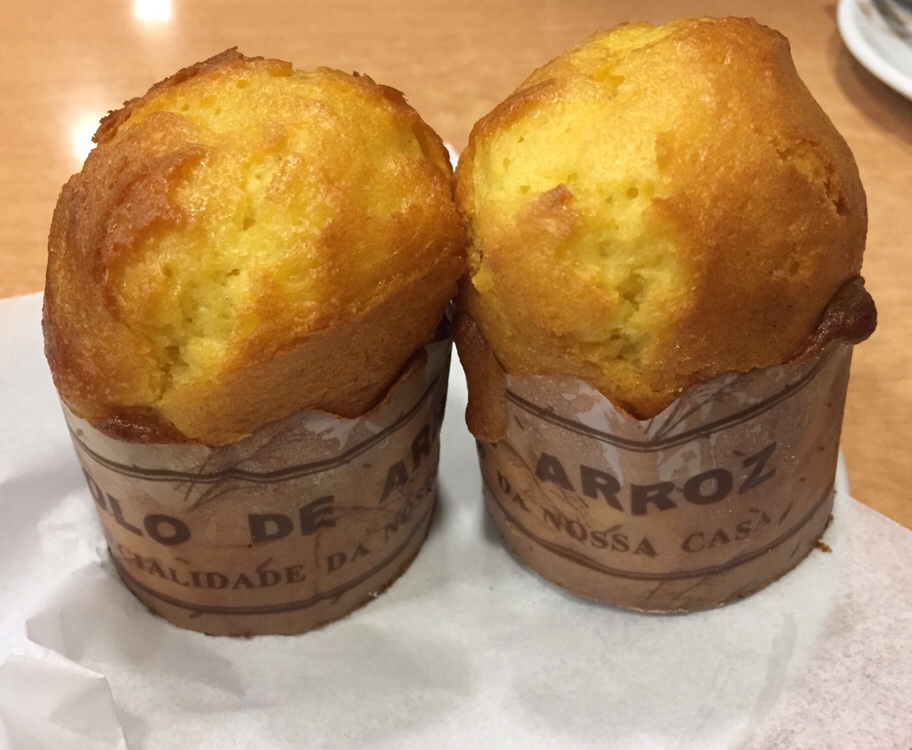 Later in the day we tasted a pastry called a Jesuíta, which is basically a pie crust sandwich with a thin layer of cream inside and a crunchy cinnamon sugar top layer:

Lots more food and adventures followed. To be continued!

One thought on “Eating and Drinking in Porto (Part I)”