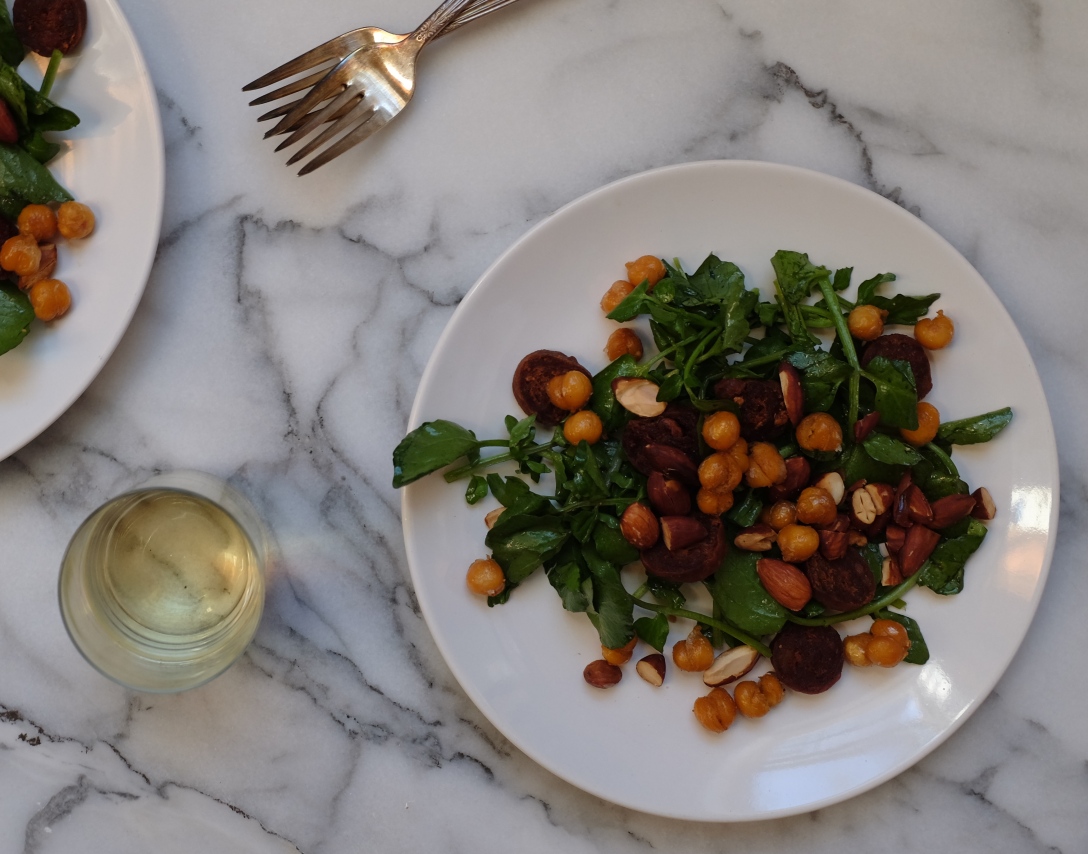 I hope everyone had a great holiday weekend! I worked on Sunday, but I still was able to get out for a walk in the warm weather, and Andrew and I went out for dinner at Buvette (our favorite date restaurant!) to celebrate our six-month wedding anniversary. I can’t believe it’s already been six months—time is flying by, and I also can’t believe it’s already April! On Saturday I went for a long run around Prospect Park (I tested out my new Garmin watch, a birthday gift from Andrew—it was so cool to track my speed [kinda sluggish] and distance [10 miles!]) and stopped by the Grand Army Plaza farmers’ market on my way home. I was hoping for ramps, green garlic, or some other sign of spring there, but sadly it was still all potatoes, parsnips, and apples. I mean, I love potatoes, parsnips, and apples, but after five months of them, I’m ready for something new!

I did lots of cooking and baking anyway, even if it was less spring-y than I was hoping. I baked the yogurt breakfast cake from the Txikito cookbook, the tahini-halva brownies from Ottolenghi’s Sweet, plus I braised some white beans in leftover red-wine-beef-braising liquid and did some roasting and chopping for meal prep for the week. Also, Andrew and I experimented with the stovetop smoker we got as a wedding gift. We tried hickory-smoked almonds (only mildly effective) and applewood-smoked ricotta (amazing). If you’re interested in trying it at home, this is the smoker we have.

Oh! I discovered a new aperitif cocktail that is super easy and I think destined to become my new spring/summer beverage of choice. It’s just two parts white wine and one part Campari, chill or add an ice cube. Delicious, not overpoweringly strong, and so simple to make. We drank that with this salad and it was great, mmm. The spicy watercress in the salad is like a little spring preview, and the chorizo and chickpeas are more wintry and remind me of the food we ate in Portugal a few weeks ago. So all in all, a perfect between-seasons dish. I’ll be looking for more dishes like this for the next few weeks, until ramps, fiddleheads, asparagus, soft-shell crabs, and shad roe turn up. And then it’s going to be all spring all the time—I’m so ready!

serves 2 to 4 as an appetizer